The French island of Corsica, located between the coasts of Italy and France and northern to the Italian island of Sardinia, has a long history in cutlery. Corsica was an early part of the Roman Empire so as soon as the Romans started to develop their own ways of creating and using knives, it’s easy to assume the Corsicans followed. (Wanna know more about it? Read along.)

Whilst Corsica has been an agropastoral society ever since the Corsican population adapted to a nomadic lifestyle in which they farmed and kept livestock. Over the centuries, the Corsicans learned to process local ore and make tools out of it. They used these tools to accommodate their nomadic lifestyle but also to protect themselves against intruders. In reality, this meant that everyone had his own knife! In the best situation, such knives were manufactured by “maestri di u focu” – blacksmiths who earned a high social status in Corsican villages. More often, shepherds crafted the tools themselves by hand. They mostly made them out of leftovers of wood, horn, or other materials.

The knives of Corsican shepherds

The look of the knives produced by the shepherds varied somewhat according to purpose, region, or adaptions brought along by sailors, foreign workers, or even enemies. The whole knife thing wasn’t an inconsiderable matter. For upgrowing boys, a knife was given as an initiation rite marking his ability to do agricultural work and thus marking his transition from boy to man. A knife could well be passed as part of the family patrimony.

The growing popularity of Corsican knives

As soon as the first tourists discovered Corsica as the “Island of Beauty” in the 19th century, the popularity of the Corsican shepherd’s knives as souvenirs took flight. Merchants from Ajaccio saw business in it and started to further develop the shepherd’s knives by adding ornaments, special handles, or engraving things on the blades. By doing this, they turned the Corsican shepherd’s knife into a symbol of the idea tourists had of Corsica, highly fueled by novels of Merimee, Dumas, and Maupassant. Although the wide distribution of these kinds of knives, “Vendetta Corsa”, in all shapes and sizes had been a long and great success, it wasn’t appreciated by the original Corsican knife makers at all.

The appreciation of Corsican knives nowadays

At the end of the 20th century, the Vendetta knife was pardoned by some of Corsica’s cutlers. The Zuria brothers from Bonifacio took the lead in developing a new Corsican knife based on the characteristics of the ancient shepherd’s knife but adapting to modern standards on style and ergonomy. Through the production of this knife, the Corsican tradition of cutlery continues by combining tradition and modernity. 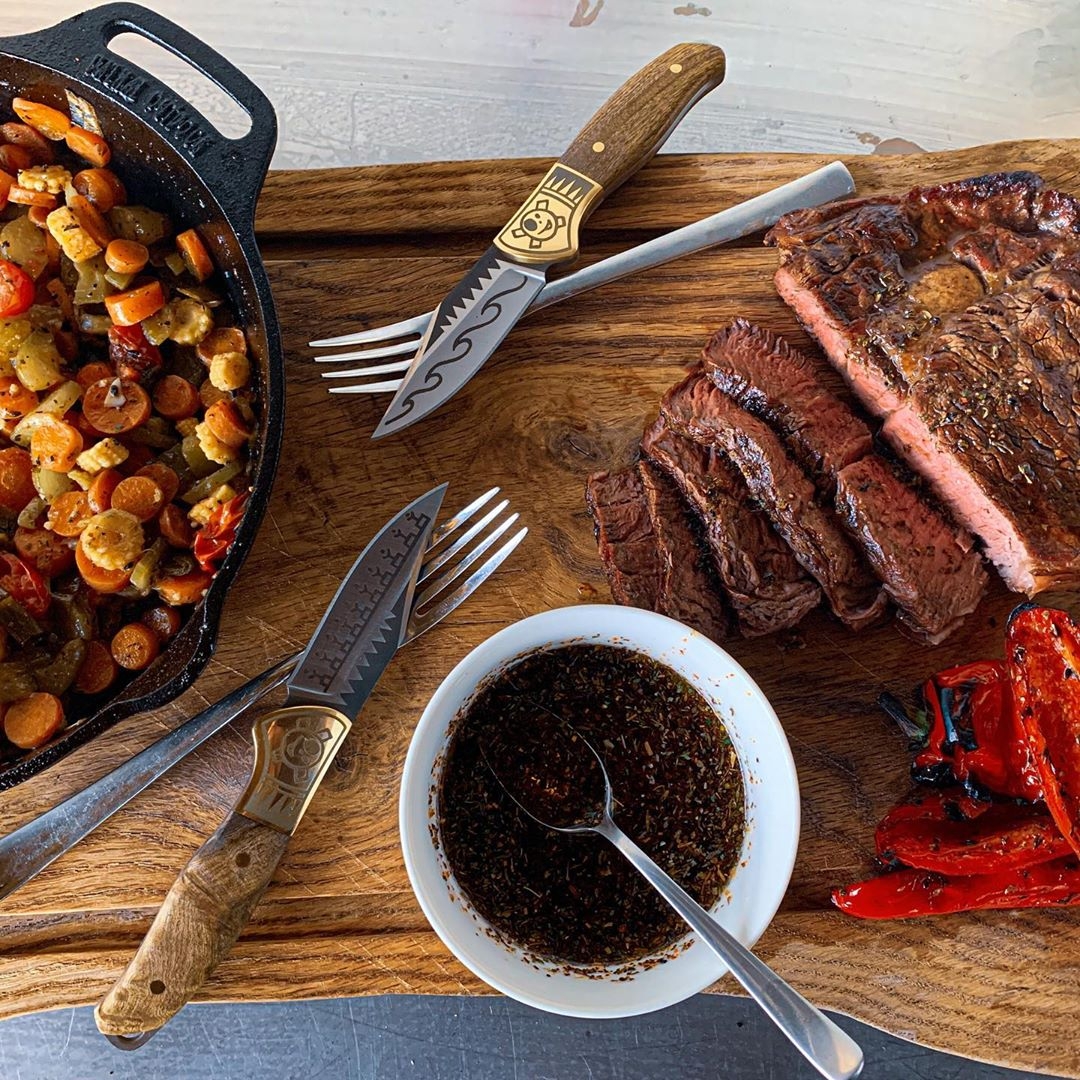 Photo made by "De Fik Erin!"